A bit of slope maintenance work: Work party, 8th May 2016

There is a wide variety of jobs to be done on and off the hill at Lowther Hills Ski Club. Last week weather conditions allowed us to finally finish a job that we started back in Autumn 2015.

When back in December 2014 the ski club received permission to ski on Lowther Hill, the slope was cut by two deep drainage ditches which had caused a great deal of erosion on the hill and presented a hazard to skiers. It had to be fixed. 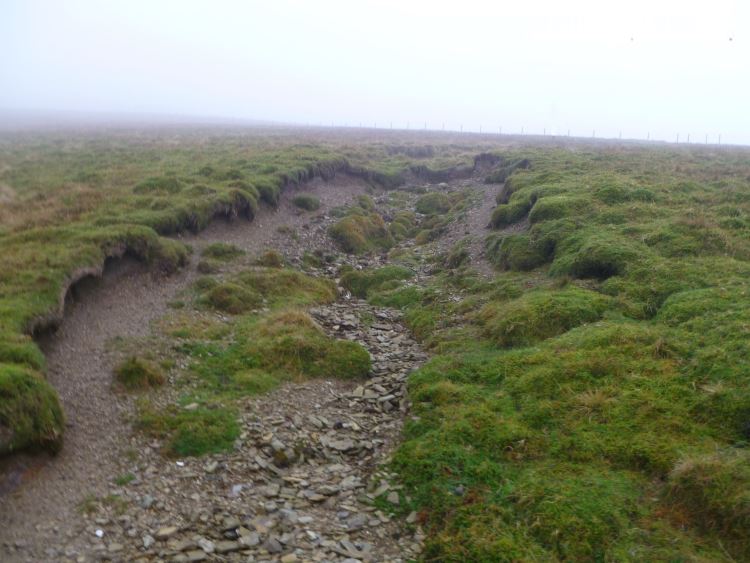 In late Autumn 2015, after we finished construction of the Lowther tow, engine hut, and temporary clubhouse on Lowther Hill (amongst many other jobs), we started fixing the 200 metre-long ditch on the upper half of the Lowther slope. 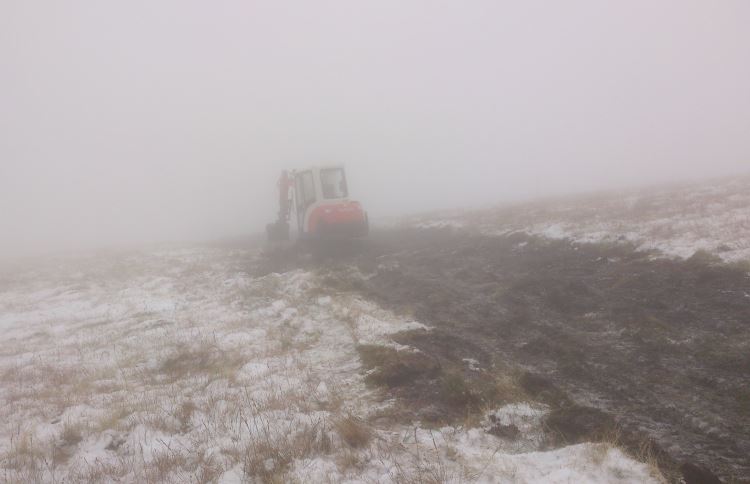 Nicely smoothed with no drops, rocks, or unseen holes, skiers would now be able to slide safely over what would have otherwise been a serious potential for accidents.

But the job was not finished yet. The torrential rain we had in late 2015 and early 2016 started again to rapidly carve water runoff channels inside this erosion-prone ditch. 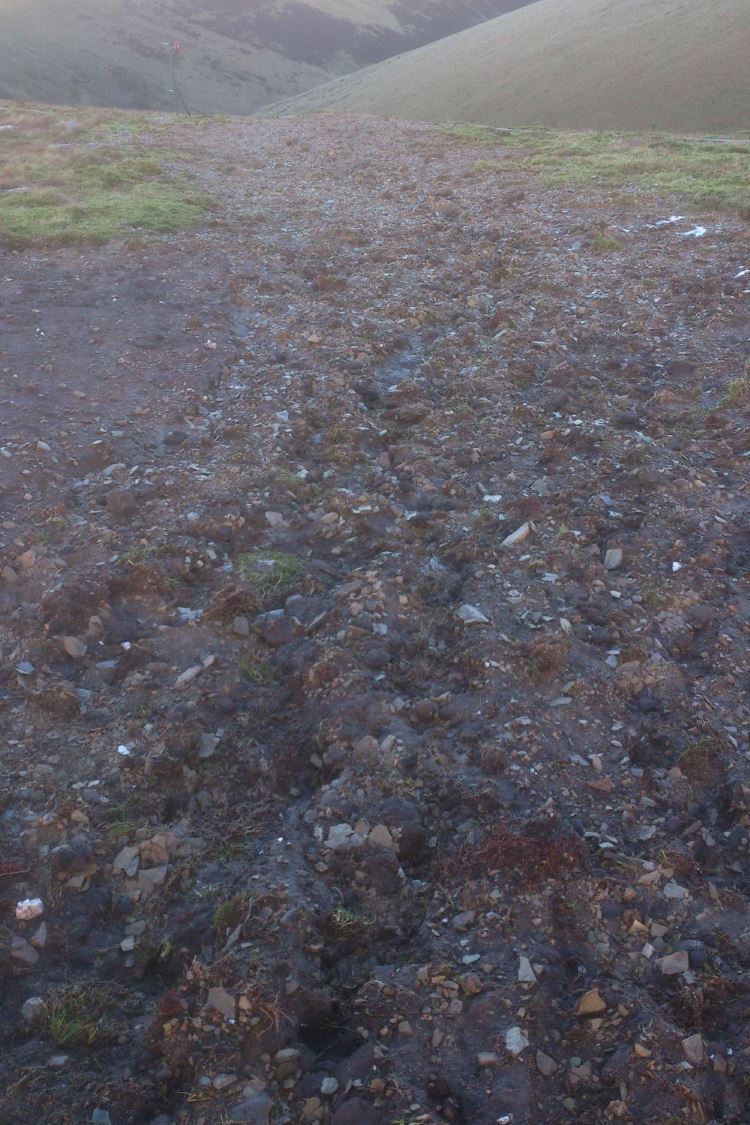 Ground and shale sediment was again being washed down the ditch onto the uphill track of the Lowther tow. But luckily, the Winter was now over. 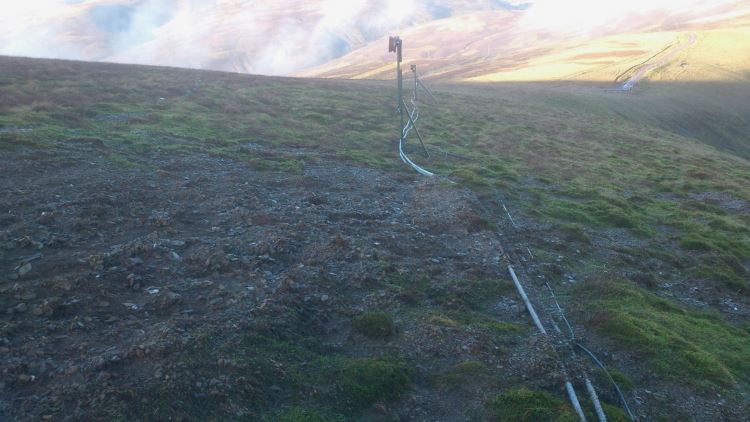 As the first warm days of Spring arrived, we raked most of the exposed shale away, created a number of interceptor ditches, and prepared the ground to be sown with grass seed to prevent further water runoff and erosion. 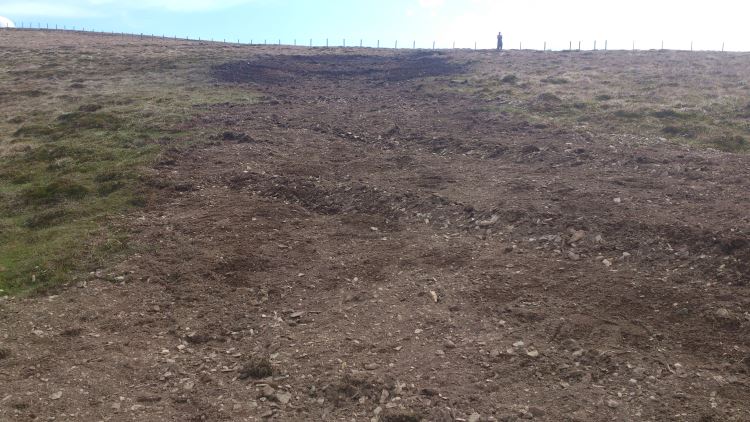 And thanks to a generous donation by a Wanlockhead resident, turf rolls were laid along the uphill track of the Lowther tow. 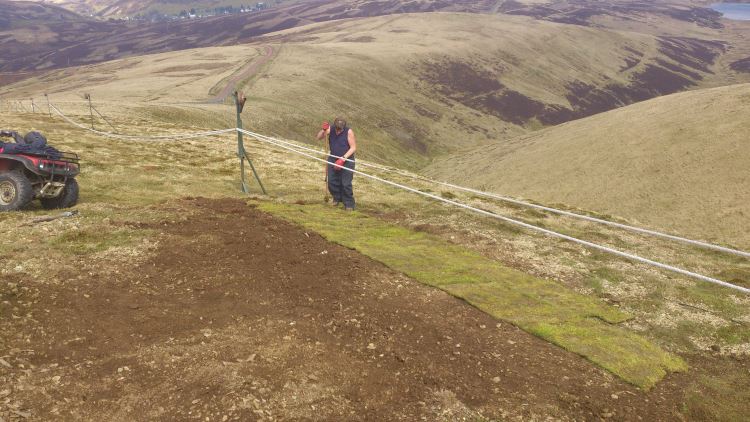 So now you can go all the way up without scratching the bases of your skis or boards, and you can safely ski down the Lowther slope without falling into a one metre-deep ditch. 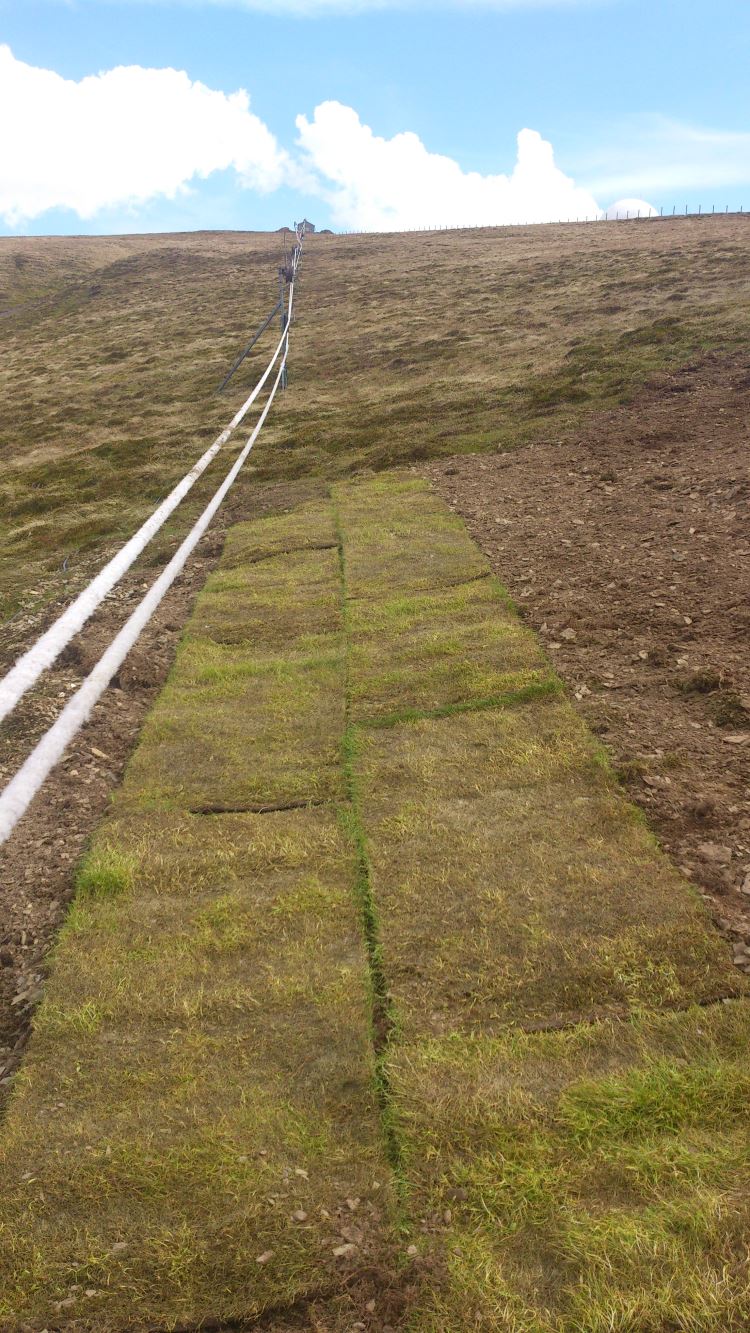