Snowfencing update: ahead of schedule thanks to local support 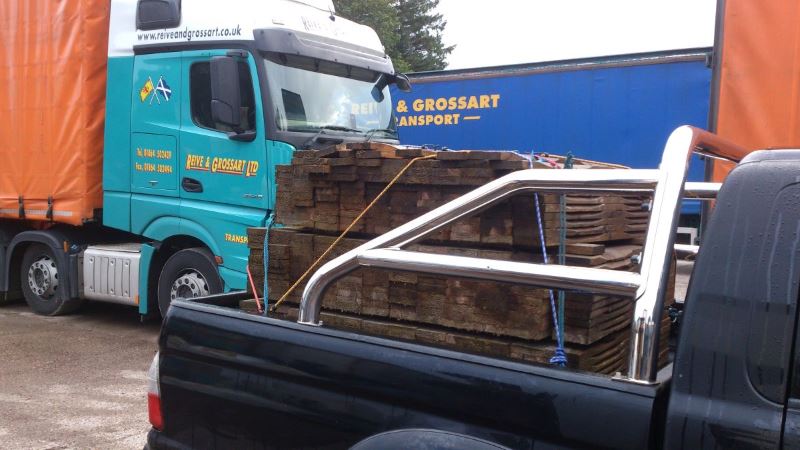 Snowfencing is one of the most challenging projects we have been juggling with since we brought skiing back to Lowther Hill. The timber and working hours needed to snowfence the 1,600m of ski slopes at Lowther Hill would have normally been beyond the capacity of our volunteer-based club, particularly at this growth stage where there are many other projects that also require our attention. But thanks to some ingenuity and a great local support from our community we have managed to put ourselves ahead of schedule.

Back in January 2016 we mentioned we were working towards getting our own permanent snowfencing on Lowther Hill. Actually, we had already started the job in winter 2015 with the testing of 200 metres of tenax plastic mesh fencing alongside the Lowther tow. Professional quotes were obtained and it soon became clear that snowfencing the 1.6km of slopes on Lowther Hill was going to be a very expensive job which would take us at least three years to finish.

With our core volunteers being busy or away this year and the plans for the clubhouse needing most of our free time and the club's finances for the near future, we were happy to realistically enter the season 2016/17 with just 200 metres of snowfencing on Lowther Hill.

Then, Abington's haulage company Reive and Grossart kindly stepped in and helped community-owned Lowther Hills to get more things done.

Thanks to an awesome donation of hundreds of pallet slats, we were able to make a temporary snowfence on the sheep fence that runs alongside the main Lowther Hill ski slope. From the top to the bottom of the slope, that adds 500 more metres of snowfencing which is now in place thanks to Reive and Grossart's donation.

The pallet fence is expected to last for at least a couple of seasons until the club's finances allow us to replace the existing sheep fence with a proper and better performing post and rail snowfence. In the meantime, the temporary arrangement of slats on the sheep fence will allow us to enjoy a skiable drift on the Lowther Hill slope.

Needless to say, we are delighted to see projects running ahead of schedule. We are indebted to all our fantastic volunteers and the businesses from our local community and beyond, which like Reive and Grossart generously support our plans to make the Lowther Hills the mountain playground of the south of Scotland.