It's been a very busy September organising this exciting cycling event which has brought a lot of kudos and exposure for the Ski Club, and will contribute to achieve the next round of developments at Lowther Hill.

Co-organised by the Lowther Hills Ski Club and 3 Pistes Sportive, the inaugural Lowther Hills Snowball Sportive was held on Sunday 4th October 2015 as a fundraiser towards the £9,900 that the club requires to purchase a used piste groomer.

We thought that if we could make this event one that riders talked about for the right reasons, it could become one of the Ski Club's biggest revenue generators in future years and an important date on the UK Cycling calendar which puts the Ski Club and the Lowthers on the map. 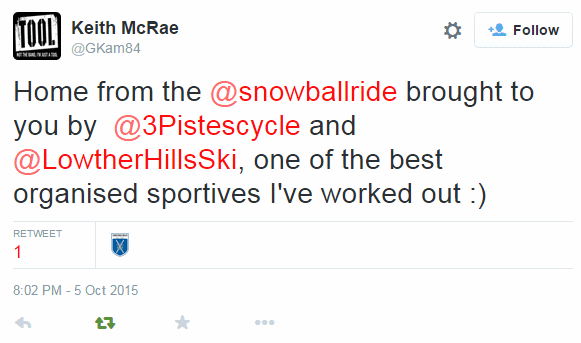 Thanks to the hardiness of the riders, the generosity of the volunteers and the understanding of the community, the event was a great success.

Over a hundred riders chose from three routes of 50km, 100km or 100 miles, all of which were hilly, and all of them finished on the summit of Lowther Hill alongside the ski slopes on Scotland's highest tarmac road.

The day was also blessed with dry weather which was ideal for the cyclists as the cloud did stay above the summit for the finishers. Already looking forward to a repeat in 2016!

Our amazing volunteers are quite simply the lifeblood of the Ski Club. Thanks to them, we were able to organise and run a successful Snowball Sportive. A big thank you to all our volunteers! 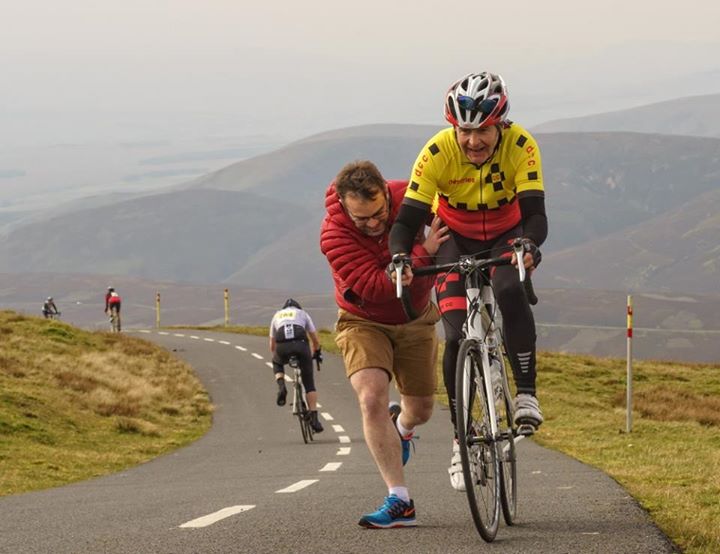 Stunning photos of the 2015 Lowther Hills Snowball Sportive by www.RossDolder.photography