A wee bit about snow fencing

As you already know, we are currently raising funds for our own snow grooming machine, but you may not be aware that we have been working towards getting our own permanent snow fencing too.

Those of us that have walked in the hills in winter will have seen the snow gathering effect of a tumbledown dry stane dyke, a summit cairn, or even a simple wire stock fence, and marvelled at the big piles of snow that such small barriers can collect while elsewhere on the hill there's often just a thin dusting clinging to grass and rock. 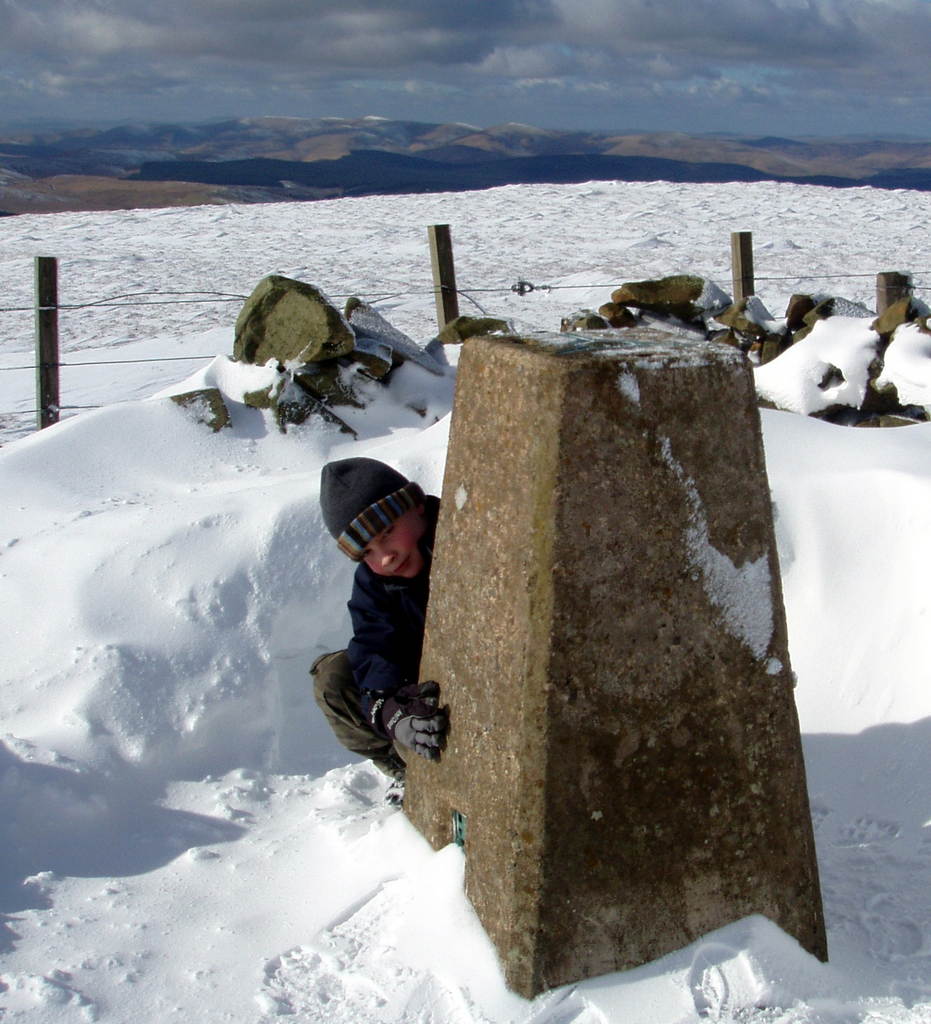 In reality, our Scottish hills get quite a lot of snowfall, many metres of the stuff every year in fact, but because most of it quickly gets blown away, and the thin layer that sticks can be easily washed away by rain, skiing in Scotland's mountains needs a bit of snow management to get the most from it. Those that have visited the Highlands ski centres will have seen the snow fencing that links natural snow holding areas and maintains complete ski runs. 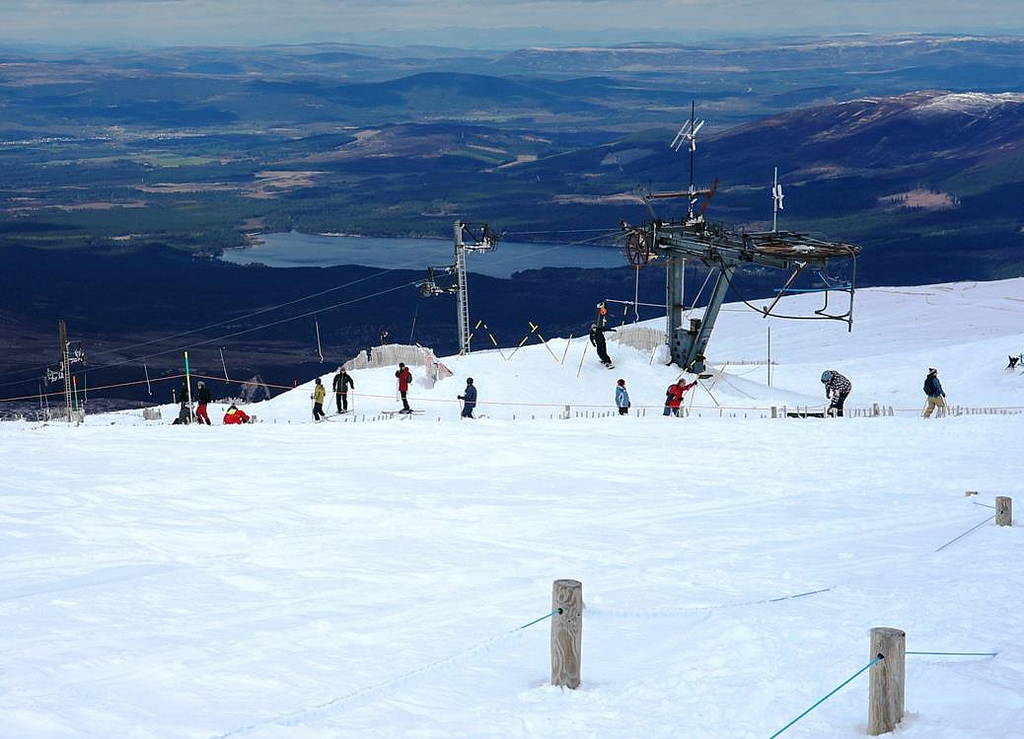 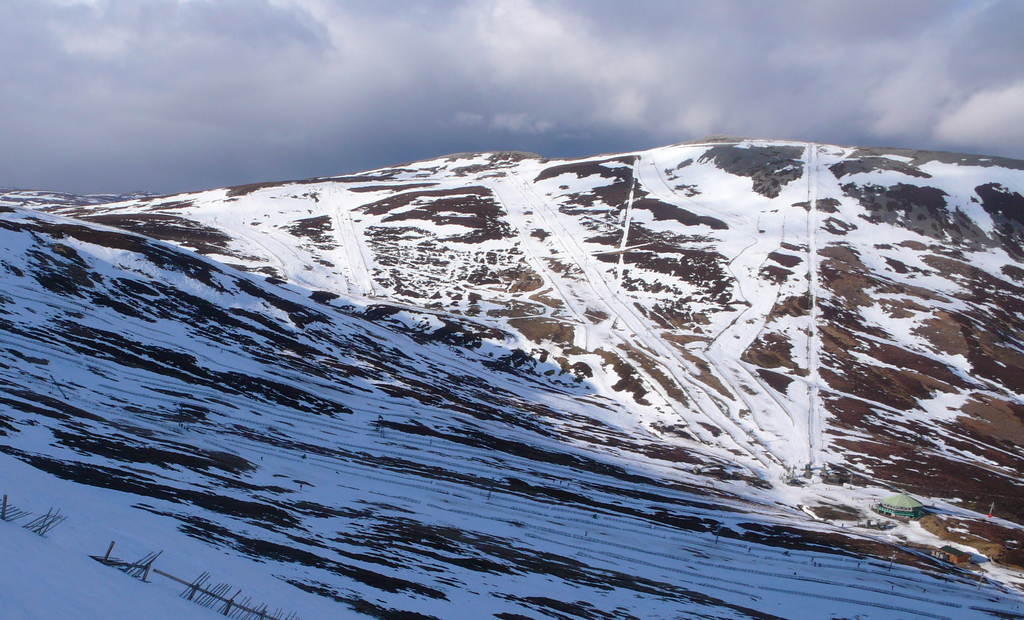 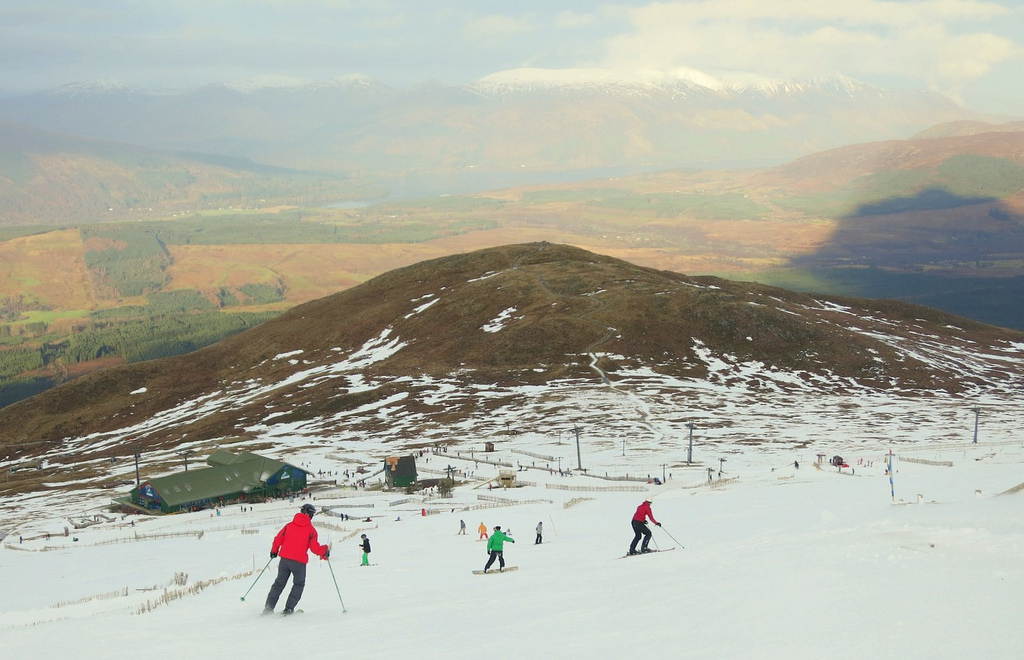 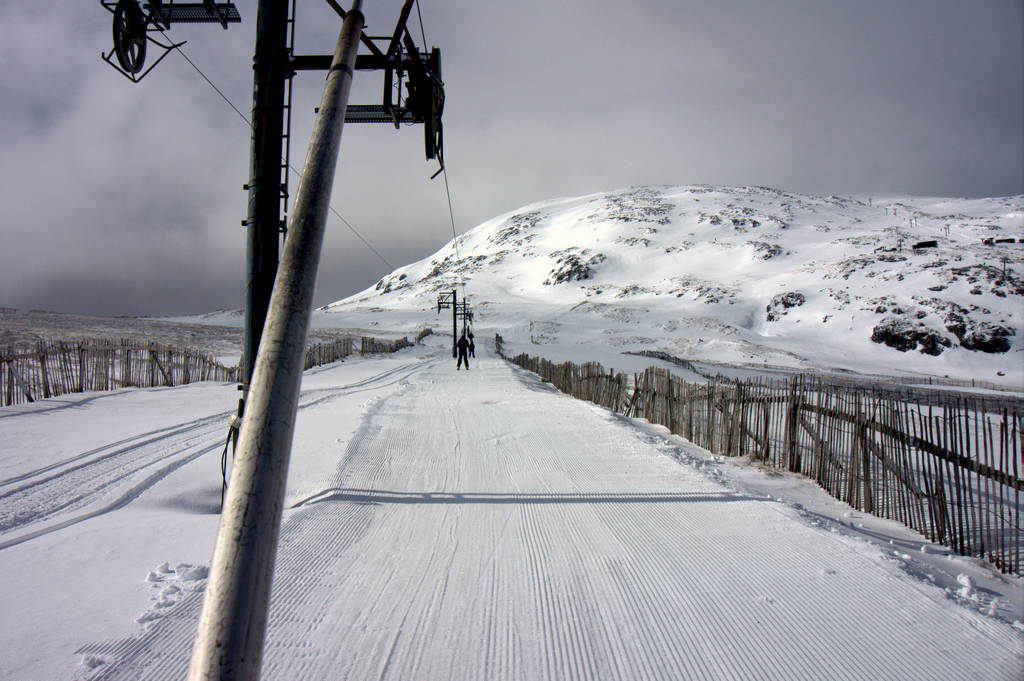 Likewise in the English Pennines, on terrain that's lower in altitude, and often less snowy than it is in the Lowthers, they use snow fencing with great success too. 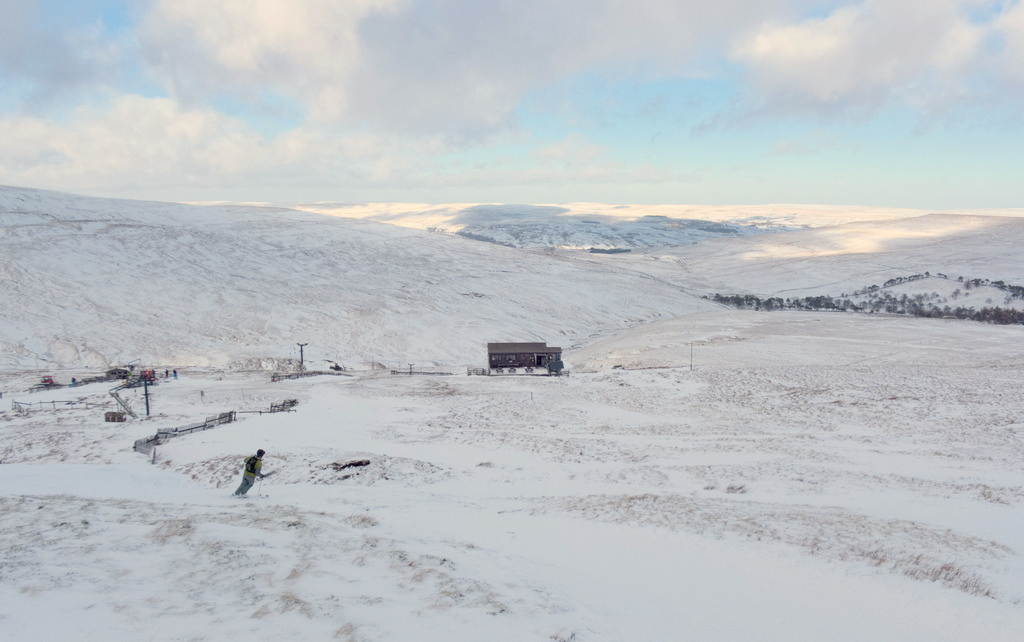 And it's all because in our stormy climate, snow rarely falls slowly from the sky, laying deep and crisp and even, like the Dickensian fantasy of the winter streets of London. Instead, when it snows in our hills it comes in sideways, on gale force winds, and on exposed ground, as soon as it touches the ground, most of it is quickly blown away and off again, often to finally touch down as just another raindrop somewhere down in the glen. So our Highlands ski centres and the club fields in the English Pennines have learned to deal with the harsher side of reality using nothing more sophisticated than natural wooden snow fencing to collect deep drifts to link up the natural snow holds, along with snow grooming machines to squash it down nice and flat, making it easier to ski on, and protecting it from the worst of the elements too.

As you already know, we are currently raising funds for our own snow grooming machine, but you may not be aware that we have been working towards getting our own permanent snow fencing too.

It was hard work keeping the temporary fencing in place though, requiring numerous visits to rescue lengths of wind blown plastic netting from what has become known as 'The Magnetic Gully' (where our portacabin ended up going), and even when it didn't get blown away completely, it needed regular patching and restitching. It was all but destroyed by the end of the winter, but even so, long after the final thaw, some of the last snow to be found on on the hill was the stuff left immediately adjacent to those 2 x 1 metre high 50 metre long plastic barriers, in patches 4-5 metres wide, and 30-50 cm deep. 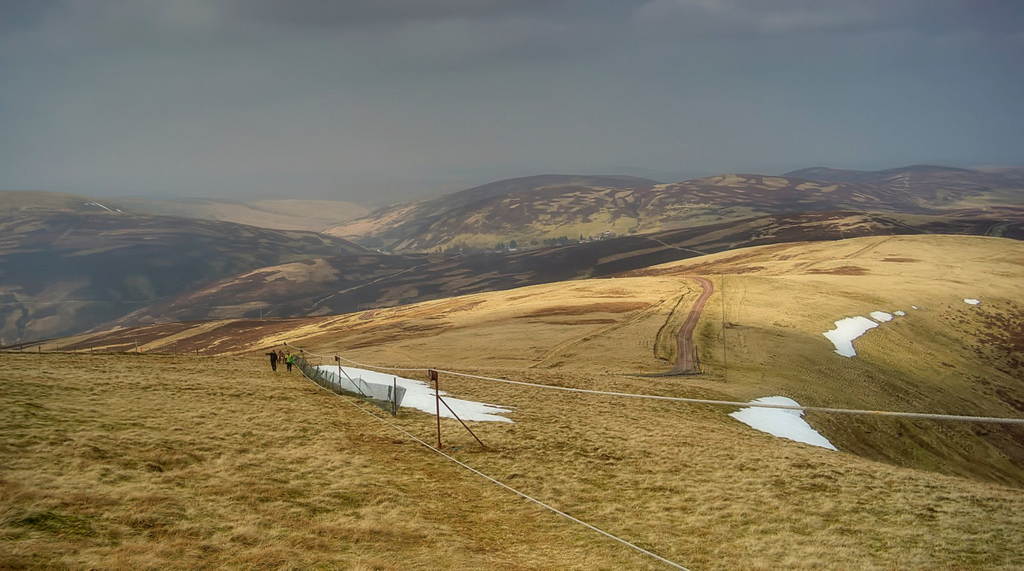 Some of the last of the Spring snow on Lowther Hill

And as we've seen how well temporary plastic fencing works, we now want to see how much better permanent wooden snow fencing will work at strategic points, helping to extend the length of skiable snow, develop additional ski runs, maximise the number of skiable days on Lowther Hill, and make sure it all blends nicely into the environment up there too.

Unfortunately though, like everything else we are doing, permanent fencing costs money to buy and takes lots of work to get it installed but we're absolutely delighted to let you know that yet another local business has come forward to help Lowther Hills Ski Club plug its funding gap.

Dumfries Timber has already offered to donate the first 60 metres of materials needed for this permanent fencing which we will get to work with as soon as we can.

And to do more, we're also seeking the same assistance that government gives to the Highlands, to help us develop our facilities and to give us a fighting chance to deliver a great ski area in the south west of Scotland that even more people can use, and which will help revitalise our region at the same time.

With the high quality timber post and rail fencing materials that Dumfries Timber are donating, we'll now be able to test out some permanent snow fencing on the most exposed sites on our ski slopes.

We expect this to provide three things this season :

1. Some better snow cover in the more exposed areas alongside the ski tow, enough we expect to give us a few extra days of skiing this winter

2. A test for different configurations of snow fencing that we will use as an experiment to see the difference (if any) between them before we extend its use

3. Some real life data to build a case study for the work required, the maintenance needed, and evidence for the benefit that permanent snow fencing brings which we will need to present to funders so that they understand why we need it, and how it will help to make skiing facilities sustainable in the South of Scotland.

So it's with thanks to the continued support of local businesses such as Dumfries Timber, and the work of the dedicated team of volunteers behind Lowther Hills Ski Club, that we will carry on delivering improvements to the facilities we provide, whatever nature throws at us, and however limited our resources.

And if the bottom left corner of Scotland can secure just a small slice of the financial support that government gives to the top half, you will definitely see us grow from strength to strength.