Over half of the snow fencing is up, a few preparatory adjustments carried out on pylons and drive wheel, and general site tidy up.

Monday 9th February. The angle of the guides on the pylons was adjusted to ensure there is no friction between the rope and the guides when the tow is running. General site tidy up, bringing back to Wanlockhead a number of redundant ski tow parts.

Friday 13th February. Cutting over 20 metal posts to be used as support for the snow fence.

We also tested the guide wheel which will drive the rope onto the drive wheel... 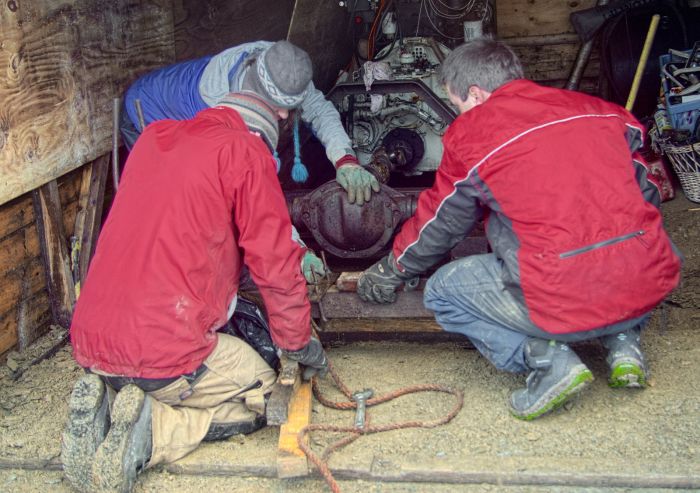 ...and managed to get a couple of runs on the snow which still clings to the Throw Rig slope. (Photos by Ross Dolder and time-lapse video by Des Reid) 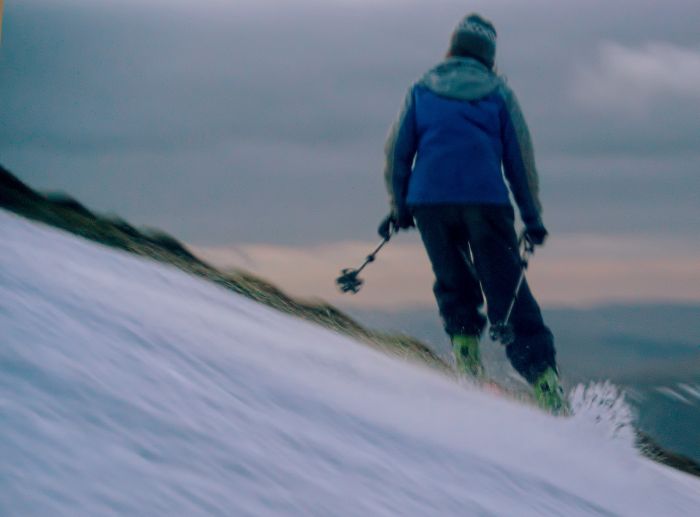 
The Lowther Hills Ski Club is run entirely by volunteers. The Club holds work parties to maintain our equipment and run the ski tows. If you would be willing to give us a hand at any work meets please get in touch.