Here's a picture of Lowther Hill today, 25th December, Christmas Day, with a thin dusting of snow. There has been very little significant snowfall in Scotland this season so far, with plenty of storms, rain, and very mild temperatures for this time of the year. Still, we thought you would like to see some of the snow we had in Scotland's highest villages up until now. 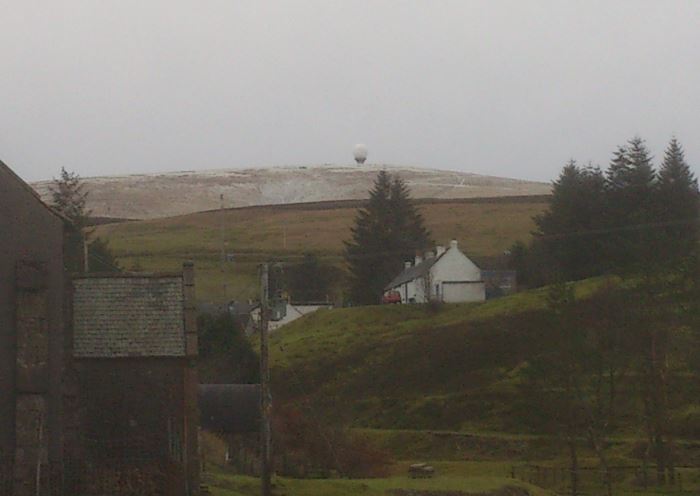 The first snowfall of the season arrived on the 13th November, a bit later than usual. Here is a picture of the main slope at Lowther Hill, looking towards the base station and the Whiteside plateau. 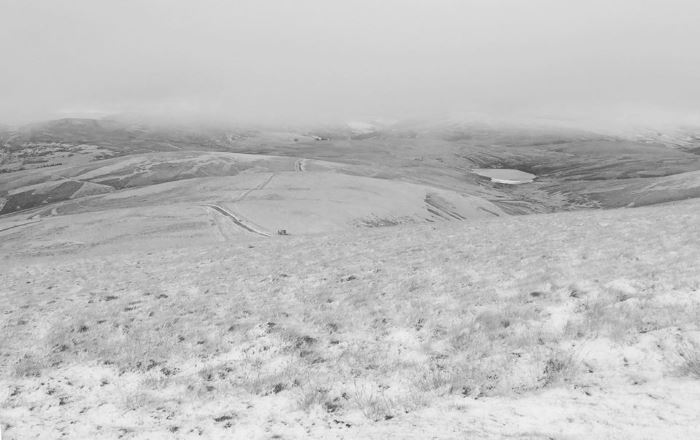 Over a week later, on the 22nd November, we had another dusting of snow on Lowther Hill, just as we were installing the new fuel tank for the Lowther Hill tow which was kindly donated by Edinburgh-based engineering firm Black Group. On the 30th November Leadhills and Wanlockhead had a thin snow cover which we thought it was not deep enough to open the Nursery slope. 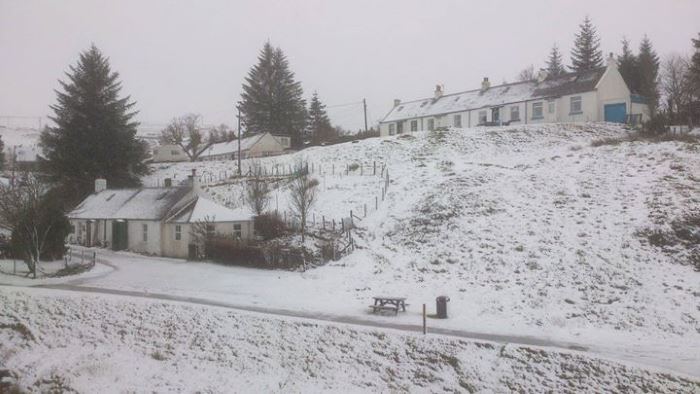 That night at 11pm we went to the Nursery slope in Leadhills to test the floodlights which Leadhills' hotel The Hopetoun Arms kindly donated to the Ski Club. Unexpectedly, despite the water-saturated ground, the snow had stayed on the slope and hardened up, creating a good surface for skiing despite the thin cover. Agh, we missed our first day of night skiing!

Another brief snowfall came on the evening of the 3rd of December, again, followed by more rain and mild stormy weather less than 12 hours later. 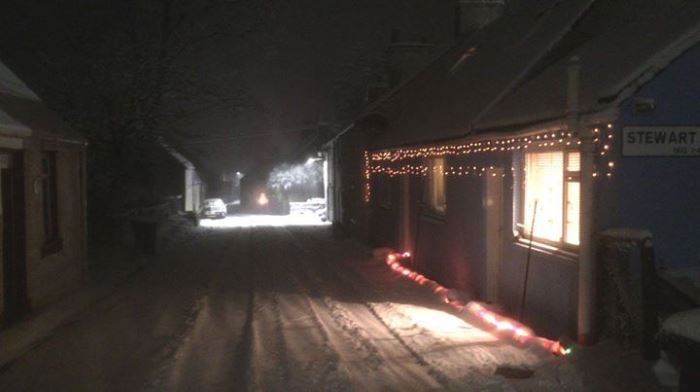 During the night of the 5th of December our temporary clubhouse was destroyed by a storm, so during the following two weeks we had to work non-stop clearing the debris off the hill. When the next snowfalls came on the 11th and 13th of December, our fantastic volunteers braved the cold and helped to rescue the remains of the building from a snowy Shortcleuch gully.

Our two webcams have also been victims of the worst, dullest November in 86 years. The persistently overcast weather and short days, coupled with no skiing yet mean a power supply problem with the off-grid cameras. Hopefully the tow will run soon, which will allow the camera system batteries to be topped up.

It has been such a wet November and December that even Wanlockhead's curling pond at the old Railway Station has been permanently flooded for the past three weeks (that hasn't happened for a long time).

The conditions are worse than they should be for the time of year and there is little prospect of a change for the better before New Year. The longer term models are looking more positive for early January however, so keep your fingers crossed and follow our updates on the website, facebook and twitter. Members will keep regularly informed through the Newsletter.